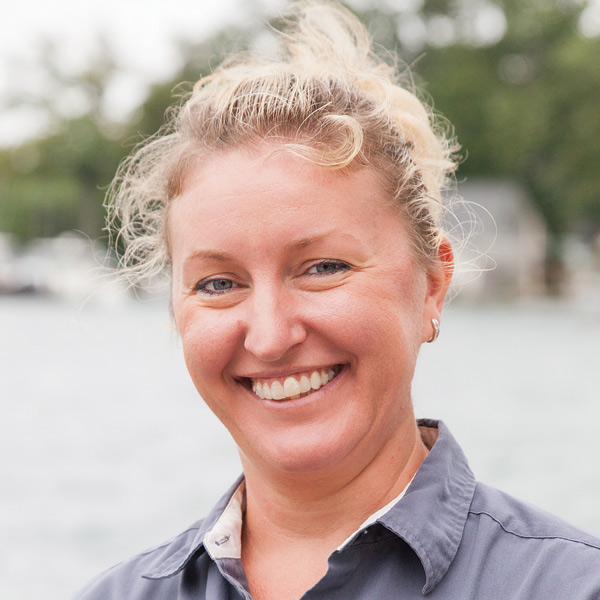 Body size, and, by extension, growth has impacts on physiology, survival, attainment of sexual maturity, fecundity, generation time, and population dynamics, especially in ectotherm animals that often exhibit extensive growth following attainment of sexual maturity. Frequently, growth is analyzed at the population level, providing useful population mean growth parameters but ignoring individual variation that is also of ecological and evolutionary significance. Our long-term study of Lake Erie Watersnakes, Nerodia sipedon insularum, provides data sufficient for a detailed analysis of population and individual growth. We describe population mean growth separately for males and females based on size of known age individuals (847 captures of 769 males, 748 captures of 684 females) and annual growth increments of individuals of unknown age (1,152 males, 730 females). We characterize individual variation in asymptotic size based on repeated measurements of 69 males and 71 females that were each captured in five to nine different years. The most striking result of our analyses is that asymptotic size varies dramatically among individuals, ranging from 631–820 mm snout-vent length in males and from 835–1125 mm in females. Because female fecundity increases with increasing body size, we explore the impact of individual variation in asymptotic size on lifetime reproductive success using a range of realistic estimates of annual survival. When all females commence reproduction at the same age, lifetime reproductive success is greatest for females with greater asymptotic size regardless of annual survival. But when reproduction is delayed in females with greater asymptotic size, lifetime reproductive success is greatest for females with lower asymptotic size when annual survival is low. Possible causes of individual variation in asymptotic size, including individual- and cohort-specific variation in size at birth and early growth, warrant further investigation. 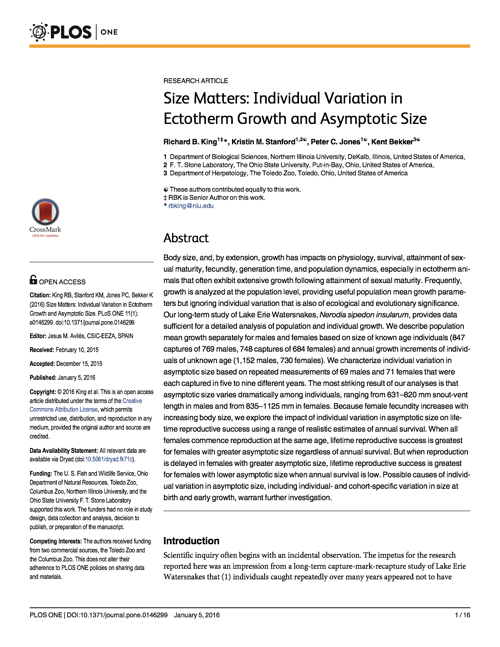